The EMIS (European Men-who-have-sex-with-men Internet Survey) 2017 to the world’s largest survey of gay men, bisexual men and other men (including trans men) who are attracted to men.
The survey is funded by the European Commission Health Programme 2014-2020 to deliver evidence about the sexual health of gay men, bisexual men and other MSM across Europe. It is supported by the European Centre for Disease Prevention and Control, and many national and international gay organisations and websites: 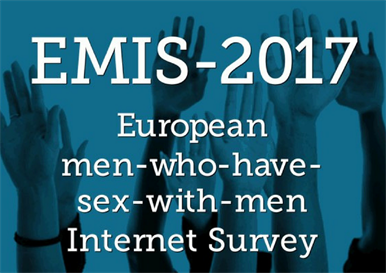 The survey Website will not collect the TC/IP-address of your device or try to install any cookies on it and it will not collect any information about you that would allow anybody to identify you.